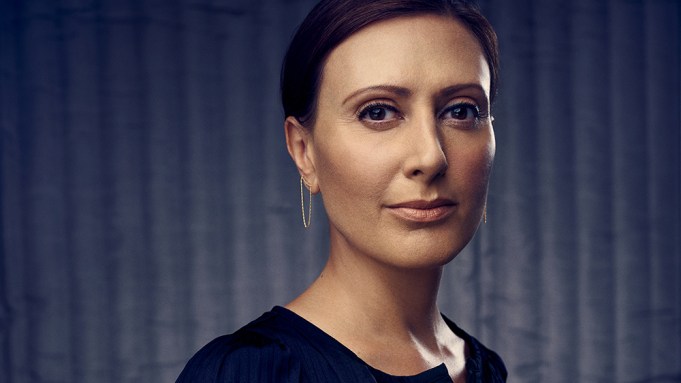 Joe and Anthony Russo’s independent studio AGBO has a new creative leader. Angela Russo-Otstot, the Russo’s youngest sister, has been promoted to chief creative officer at the company.

Previously the president of creative at the company, Russo-Otstot will still oversee development on all of AGBO’s productions, as well as adding physical production, marketing and the story department to her remit. She will continue to report to AGBO vice-chairman and co-founder Mike Larocca.

“Angela has been a critical part of the success of AGBO over the past several years,” Larocca said in a statement. “She’s a creative force, a strong steward of our slate and a true friend to the artists, filmmakers and collaborators that call AGBO home. We are thrilled about her new role at the company and have no doubt that with Angela in a leadership position that AGBO will continue its incredible growth.”

Russo-Otstot, 44, first joined AGBO in 2017 as senior vice president of the story department under Christopher Markus and Stephen McFeely, where she worked on developing the Netflix thriller “Extraction” and A24’s breakout hit “Everything Everywhere All At Once.” She wrote and executive produced the Apple TV+ biographic drama “Cherry,” Joe and Anthony Russo’s first feature film following their historical box office success with “Avengers: Endgame.”

Currently, Russo-Otstot is overseeing several major productions at AGBO, including serving as an executive producer on the 2023 Amazon Prime Video spy series “Citadel” with Richard Madden and Priyanka Chopra Jonas; the sci-fi adventure film “The Electric State,” which Joe and Anthony are directing for Netflix from a screenplay by Markus and McFeely; “Extraction 2” with Chris Hemsworth, due on Netflix in 2023; and a new take on “Butch and Sundance” as an event series for Amazon, with Regé-Jean Page and Glen Powell. Russo-Otstot is also dedicated to investing in underrepresented voiced through the company’s Gozie AGBO banner, including the IFC Sundance film “Relic” from director Natalie Erika James.

After studying theater and acting at Syracuse University, Russo-Otstot started out as a writer, selling a pilot to HBO at 25. She wrote on TV dramas like FX’s “The Shield” and ABC’s “V” and taught screenwriting and playwriting at Case Western Reserve University and The Cleveland Institute of Art.