'Captain America' directors Joe and Anthony Russo consulted on the action film, which handily outperformed a propaganda film during the summer season when China blocks international competition from the market. 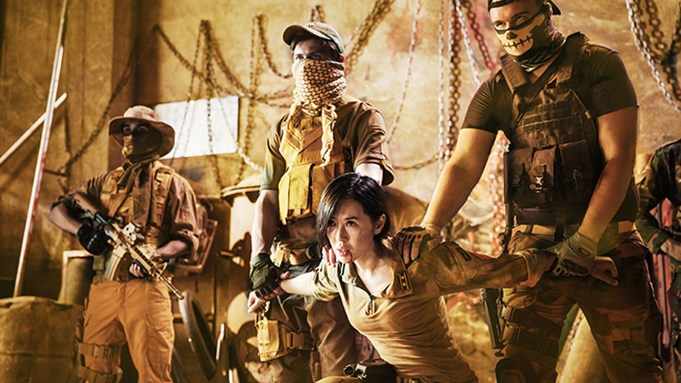 After a lackluster series of months, the Chinese film industry finally has a homegrown summer blockbuster on its hands.

Actor-director Wu Jing’s Wolf Warrior 2, a sequel to his 2015 film of the same name, opened Thursday to $15 million before pulling in an enormous $131 million over the weekend.

The action flick surpassed the first Wolf Warrior film’s entire $86 million run in less than three days, while dominating The Founding of an Army, the much-hyped state propaganda film about the establishment of the People’s Liberation Army, which also opened Thursday.

Hollywood is conspicuously absent from the Middle Kingdom this month, thanks to China’s usual policy of blocking international competition from the market during the busy summer blockbuster season. But traces of the U.S. industry’s fingerprints could still be detected on Wolf Warrior 2‘s success. Marvel mainstays Joe and Anthony Russo, co-directors of the Captain America franchise, consulted on the film via their Chinese studio venture Anthem & Song, which has strategic partnership with Beijing Culture Media Company, one of the local production companies behind Wolf Warrior. The Russos introduced some of their usual stunt team, led by veteran action coordinator Sam Hargrave (Captain America: Civil War, Atomic Blonde), to boost the quality and intensity of the film’s fight sequences.

Lingering in the marketplace since its pre-Hollywood blackout release last month, Universal’s Despicable Me 3 landed in third place for the weekend, earning $3.7 million. After four weeks on Chinese screens, the film has earned $146 million.

The next major international title to hit the Chinese market will be Luc Besson’s Valerian and the City of a Thousand Planets on Aug. 25, a week before Dunkirk bows Sept. 1 and Spider-Man: Homecoming spins its web across the Middle Kingdom on Sept. 8.