Disney is going from zero to hero once more, putting into development a live-action remake of its 1997 animated movie 'Hercules.' The studio has hired 'Shang-Chi' writer Dave Callaham to pen the script. 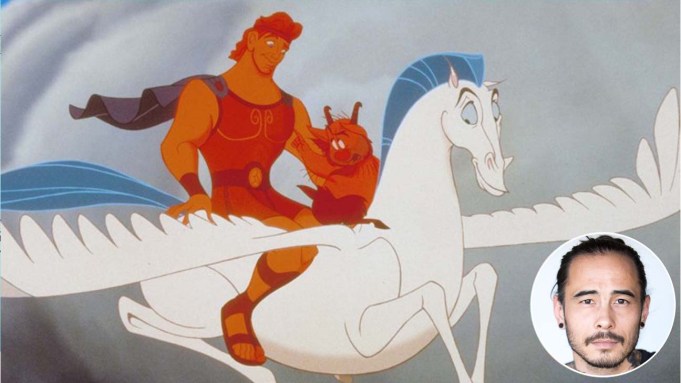 Joe and Anthony Russo, the filmmakers behind the Avengers: Endgame and Infinity War, are set to produce via their AGBO banner.

The 1997 pic was a musical fantasy retelling of the Greek legend that featured plenty of the trademark comedic banter of that era’s Disney animated titles. Tate Donovan voiced the demigod looking to reclaim his heroic stature, while James Woods played Hades, the god plotting to overthrow Olympus.

The animated film, which underwent considerable retooling over its many years in development, had 18 credited writers who worked on the story and screenplay. Ron Clements and Jon Musker directed.

The new Hercules is in early development, and this being a Disney title, rumors have already swirled about other producers and even filmmakers. The Russos are the only producers on the project and will not direct, according to insiders.

There have also been casting rumors in recent weeks, partially spurred on by Ariana Grande’s performance of the movie’s “I Won’t Say I’m in Love” during The Disney Family Singalong, which engendered a petition on Change.org for her to play Megara, the female lead. Idris Elba and Ryan Gosling’s names have also been floated by enthusiasts. But in reality, the project is far from the casting stage.

It is unclear what the new take on Hercules will be or if it will even keep the musical elements. Disney has taken varying approaches to its live-action remakes. Last year’s The Lion King, for example, hewed quite closely to the 1994 original, while Mulan, set for release July 24, is a looser interpretation of its 1998 source material.

One thing is clear: With Callaham attached, expect plenty of action. The writer is currently in the middle of a comic book hero phase, having worked on not only Shang-Chi but also the upcoming Wonder Woman 1984. The in-demand scribe is also writing Spider-Man: Into the Spider-Verse 2. Other credits include Zombieland: Double Tap and Godzilla.