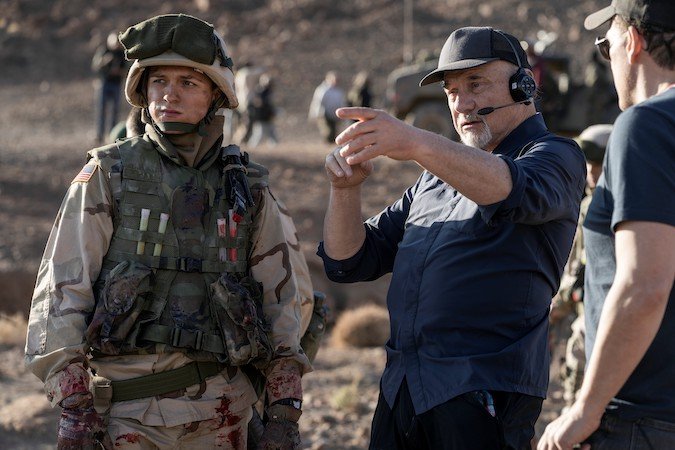 Newton Thomas Sigel is the cinematographer for Cherry, the latest from Anthony and Joe Russo. The adaptation of Nico Walker’s novel stars Tom Holland as an unnamed soldier from Cleveland — nicknamed “Cherry” — who begins robbing banks to feed an opioid addiction. Below, Sigel explains how he worked with the Russos to develop a distinct visual look for all six of the film’s chapters. Many spoilers follow.

The whole book is filled with a certain absurdist irony that I think, to a certain degree, is a coping mechanism for all of the inner demons that Nico and many other people have. The book has its own voice, and there was something that made it very different from your other tales of drug addiction and stuff that we’ve read. Honestly, when I read the book, I found it really depressing. And I was like, ‘Oh, my God, do I really want to make a movie about this?’ But the way that the Russos and the screenwriters incorporated the love story, the script elevated the book, profoundly. I felt much better about doing the movie after reading the script than I did after reading the book.

I eagerly agreed to do it, and we immediately started talking about how to visualize this piece, because, this story — PTSD, drug addiction, bank robbery — we’ve seen all these things before in many movies, many books.

But what was new and engaging here was the voice and the way the story was being told, first, in the book by Nico Walker: this first-person account with a strange, both intimate and yet ironic, absurdist quality. The screenplay took that to a whole other level with the use of voiceover and breaking the fourth wall.

Then we started getting into this concept that the book is written in chapters, that there’s these different sections that each had their own voice, their own purpose for being there and their own intentionality. We talked about how you define that.

Part One: When Life Was Beginning I Saw You 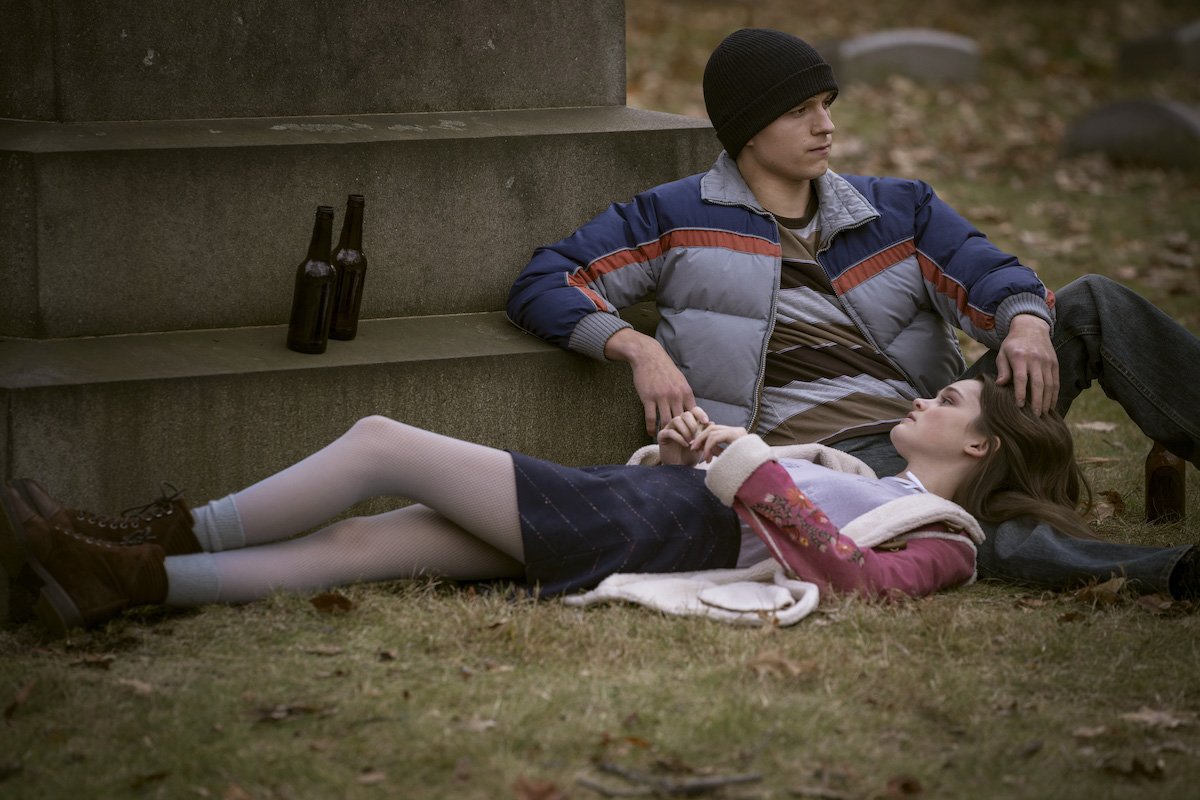 Tom Holland and Ciara Bravo in Part One of Cherry, directed by the Russo brothers and lensed by Newton Thomas Sigel. Photos courtesy of Apple

In the initial chapter, Cherry meets Emily for the first time and falls in love, and he develops this infatuation with her, and she eventually breaks his heart. Joe and Anthony often talked about that as magical realism. It had its own romantic, lyrical quality to it, in the pacing of the shots and the choice of lenses. We used very old Todd AO anamorphic lenses, which were a lens originally designed in the ’50s, and then advanced in the ’70s as one of the competing formats for widescreen photography.

Everything up to Basic training is done with these anamorphic lenses. We used 40, 50, 100mm lenses — so we’re using a longer lens, yet with a wider field of view with very soft backgrounds.

This initial section of the movie is very much on dolly or SteadiCam. It’s composed, very lyrical with slower shots that evolve.

Basic training was meant to have an element of absurdism to it, in terms of the absurdity of the fact that he joined the Army because of a broken heart and he realizes that he’s made a terrible decision. And with the 14mm lens in a 6K format, we’re using the entirety of the lens. We’re maximizing some of the distortion and the extreme field of view of the lens, which also necessitates putting the subject physically closer to the lens. So it creates a very different feeling than everything that came before it, and frankly, everything that comes after it in the movie. Basic training had its own very singular look. 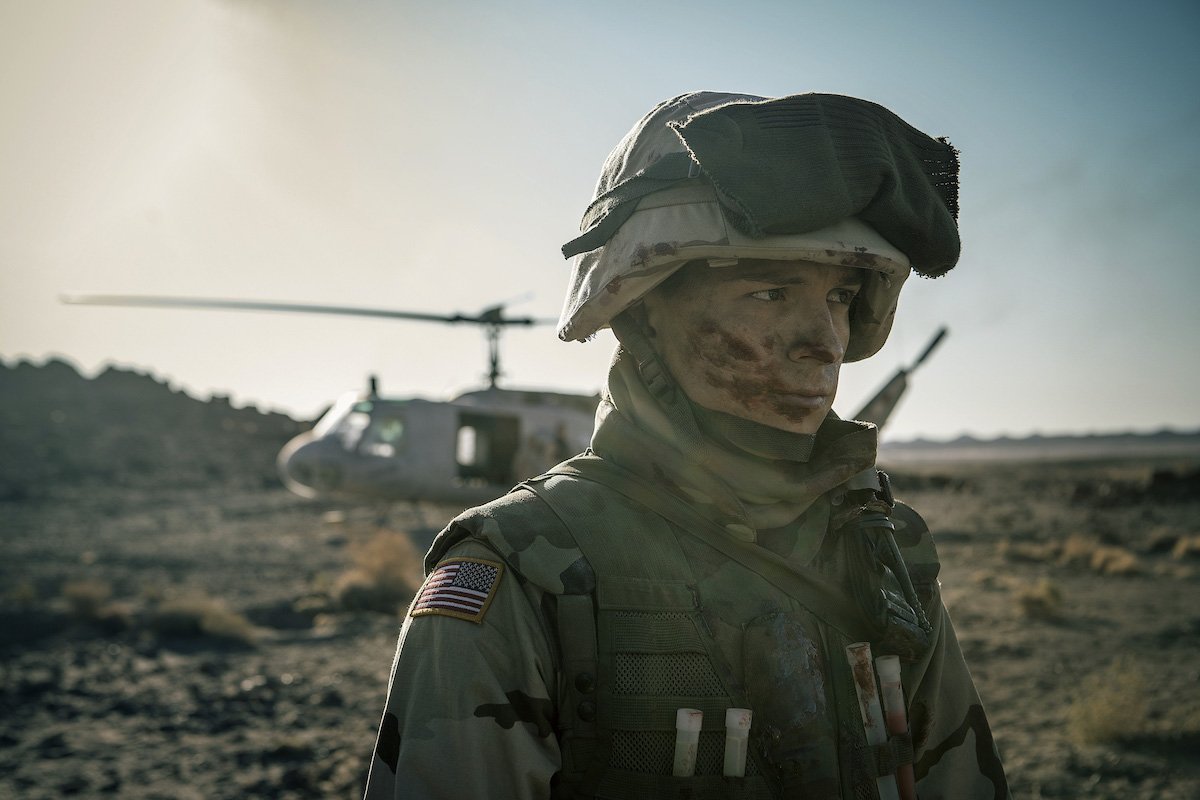 Tom Holland in Part Three chapter of Cherry, directed by the Russo Brothers and lensed by Newton Thomas Sigel

To achieve this section we went to spherical, and we shot with the Leica M Series lenses, which are the traditional older-style Leica still lenses that photojournalists have used for many, many years. So we were inherently shooting with a wider focal length than we were for the earlier and later parts of the movie. That was part and parcel of this more reality-based, shall we say, or a greater degree of realism than, than we had in the earlier and later parts of the movie. Even within that, there was a subtle shift between the staging of the battle scenes from the scenes at the Army base.

When we were at the base, it was the same lens and camera package, but in there we were back onto the dolly with a little more of a nod toward what Cherry’s world was like, or a connection between the safety and security of the base with the cultural reference from which he came. And then we take them out of that sort of Americana of the base, and put him into combat, and it becomes a different aesthetic and a different psychological experience for him.

Also read: Joe and Anthony Russo on Cherry: ‘A Movie Can Live or Die By Its Tone’

Handheld was pretty much just preserved for the Iraq War portion of the film. We always sort of wanted the Iraq section to be, to a certain degree, the most straightforward, least adorned section of the film, where the the spectacle came more out of the scale of the war and the impact of the violence. 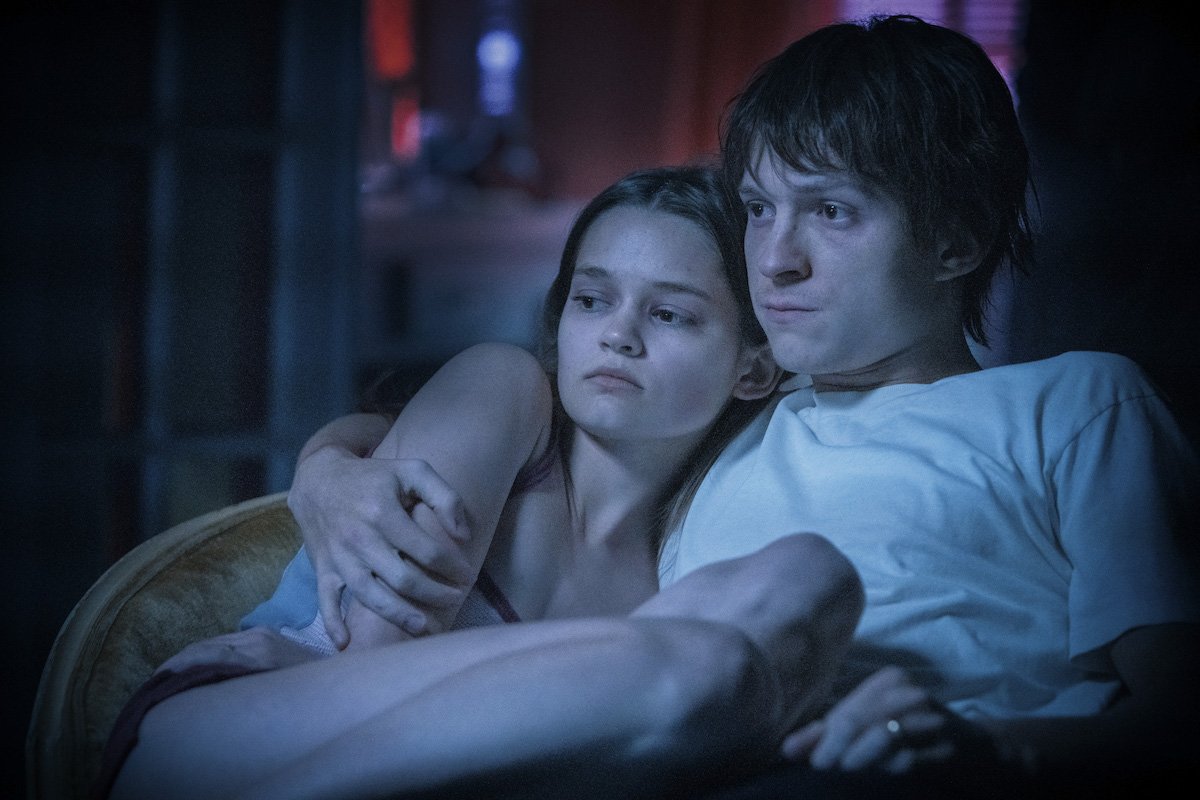 When he comes back home, we come back to the Todd AO anamorphic lenses as our basic table setting. And then it’s interspersed with little elements of other lensing to make specific points.

There’s an interesting arc that happens when he comes back between Home and Dope Life, which is that when he gets back, he’s suffering from PTSD. He’s really unable to adjust to being back in Cleveland with a girl and a house and just nothing feels right for him. So, ironically, when he comes back, things seem really bad and dislocated. But as he descends into drugs, initially, this self-medication seems to bring about what we will learn is an illusory sense of comfort and of normality. ‘OK, I’ve found my way back from this traumatic experience of war.’ Of course, you realize that drug addiction is not a solution to being traumatized by war, and that’s when the real descent into hell and drug addiction and eventually, a life of crime with the bank robberies happens. So all of that was done predominantly with the Todd AO lenses, with the occasional deviation for specific reasons.

You see in those early scenes, when Cherry goes to the theater with Emily, and there’s very odd, eccentric framing. The frames are all asymmetrical and unbalanced. And there’s often too much headroom or too much room on one side of the frame or the other, or people are looking in the wrong direction. All of that was to create this feeling of imbalance and the inability to fit into this world that he’s come back to. Once he thinks he’s found his way out with drugs, with he and Emily creating this this double life— normality with teaching outside, and taking drugs at home — the frame balances up a little more and becomes more comfortable balanced compositions, until the drug addiction takes over. And then once again, you fall out of balance.

Outside of Iraq, there’s a couple of moments when we utilize a handheld camera, and they were mostly in confrontations here that Cherry had was his drug dealer.

Continue for Cherry cinematographer Newton Thomas Sigel on the camera package, the cutaway and flashback visuals and the film’s Epilogue

Throughout the course of the film, the forward trajectory of the voiceover narration is broken up by explanation, so to speak. This is typically when a new character is introduced. Cherry might refer to one of the Army officers and what his background was, and whenever we would cut to those, the visual component of those backstories were done with the Hawk class-X anamorphic lens. It’s a very clean, modern-looking lens, and they were done is almost proscenium or a presentational kind of imagery, much less intimate than the rest of the movie. They are really meant more to give a visual description of who this particular character that was being introduced was. And then we would come back to our first-person story, Cherry’s story, and you would see it more from this more first-person point of view that we did the bulk of the movie in. 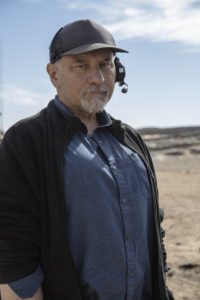 Cherry was shot on the Sony Venice, which has a large sensor. To me, that large sensor is interesting, not even as much for the resolution — which is what everybody’s seems to be talking about all the time: how many Ks you have — but because the size of the sensor is a big determining factor in the field of view for whatever particular focal length you’re using. By definition, when you have a larger sensor, you’re using longer focal lengths, and yet you’re not using them as a telephoto, you’re using them as a wide angle — or potentially you can.

With a large sensor, you can do things like have a close-up with a 50mm lens, which is really a wide-angle lens in that format. Whereas a 50mm lens in a normal size sensor or a super 35 size sensor would be what’s considered a normal lens or medium telephoto. So the 6K format of the Venice, and the physical size of the sensor, allows for lensing, for me, that felt right for the story, that gives a lot of opportunity for composition and staging.

Eventually, he goes to prison. And the epilogue was always meant to not have dialogue, but act as a passage-of-time montage, because you have a limited amount of screen time to tell the story of 11 years, where a man has gone into prison and has had time to really contemplate a terrible set of decisions he made.

And there’s a very definitive moment for Cherry where he goes from being somewhat despondent, to where he makes a decision that he’s going to work himself out of it. He’s not gonna throw in the towel, he’s not going to give up, he’s gonna try to find some redemptive quality to his life. This passage of time was told with a series of match-cut Dolly shots — so it almost feels like it’s one long dolly shot, but it’s a series of shots that are cut together.

And then there’s a pause in the movement, and that’s when Cherry’s had some resolve and he’s made this decision and then the camera starts moving in the other direction. This dolly move shift is metaphorically saying he’s now moving in a more positive direction.

There’s very little color in it. It’s a much colder look and very clean look — it’s probably the cleanest, most unadorned visual look of the entire film, which represents some of the starkness of where he’s found himself in prison.

This segment was all done with the Hawk X lenses (the same ones we use for the cutaways), which are a much more modern lens than the Todd AO. The Todd AO lenses — I find them very beautiful, but from a technical or scientific point of view, they’re horrific.

Cherry, directed by the Russo brothers and lensed by Newton Thomas Sigel, is now in theaters, from Apple.

As told to Caleb Hammond.