Hollywood has a hiring problem. Can a new crop of apps help? 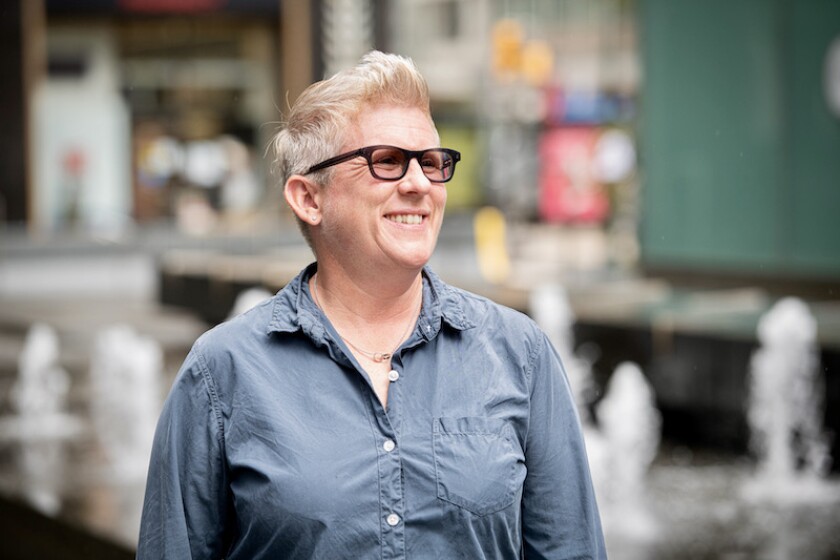 Business is booming for the TV industry. That has caused problems for hiring.

Normally when a show is staffing up, the producers call up a list of skilled professionals they’ve worked with recently, and they hire the people they’ve seen do the job. The issue these days is that production schedules are so busy that those usual suspects often aren’t available.

There’s a reason this tradition of keeping lists of safe contacts exists. Department heads are often rushed to find people who are available for short-term work, on jobs that might last just six to 12 months, so they go with people in their networks.

But the ongoing labor shortage has exposed defects in the time-honored way that Hollywood cultivates its workforce. Plus, it keeps the talent pool narrow at a time when film and TV are supposed to be diversifying its labor force by opening doors for more people of color, women and LGBTQ individuals.

“Everybody just instinctively reaches for the people that they know they can rely on who are great, who they’ve worked with before recently,” Eli Holzman, the CEO of the Intellectual Property Corp. and president of Sony Pictures Television nonfiction. “It’s a system that we’ve relied on for a long time, but it has flaws.”

H Schuster, who has worked for years as an executive and producer in unscripted television, has come up with an app to help studios and production companies expand their rosters.

Her Los Angeles-based company Husslup (pronounced “hustle up”) is working with a growing roster of firms, including the Russo brothers’ AGBO, Blumhouse Productions and Universal Pictures to find new hires using its platform, which aims to be a LinkedIn for entertainment.

The free-to-use invite-only app, which counts 2,500 members during its beta phase, allows hiring managers to search for candidates based on criteria users opt to include in their profile, including their experience, role (writer, director), genre expertise (horror, action, romantic comedy) and diversity categories.

Workers are able to set their dates of availability, similar to how Facebook allowed users to set their relationship status as a signal to potential mates.

Creative types and professionals can post their work samples and seek collaborators for specific projects, say, if someone’s looking for a Native American writer for a feature thriller film.

Some people use it simply to post about their latest wins like an actor getting signed by a new manager, or a director’s movie being selected for an upcoming film festival. Users can also vouch for one another’s abilities.

Schuster, who worked on series including “Master Chef” and held roles at such firms as Ryan Seacrest Productions, said she founded Husslup last year in part to help the industry solve its persistent diversity problem, which has long been perpetuated by a clubby culture and an informal dues-paying system where young people get their feet in the door by accepting low-paying work.

“I have experienced the frustration of trying to find diverse members for my teams and certainly have been in situations where I’m part of a team where there isn’t a lot of inclusivity,” she said. “And so the goal really, for me, was to try and do something that could make a real impact on an industry that I love.”

Husslup is one of several companies trying to cure the entertainment industry of its cliquey hiring habits. Ron Howard and Brian Grazer, through their company Impact Creative Systems, in 2020 debuted their own app to help executives find talented writers, and assist scribes at finding work.

In 2021, director Ava DuVernay launched Array Crew, a database of so-called below-the-line talent designed to bridge the hiring gap for women and people of color in the entertainment industry. Below-the-line typically refers to crew members such as camera operators, set designers, makeup artists and hairstylists.

And, of course, there are the established, general-purpose social networking services that companies use, like LinkedIn and Facebook groups.

“Having these types of tools helps level the playing field, to a degree,” said Nicholas Anglewicz, AGBO’s chief operating officer. “It’s become increasingly important to make sure that the content you are creating for the world does represent the world, and these tools help in that regard.”

But for companies that prioritize diversity, the apps aren’t a cure-all; they’re just one tool. Companies have to be proactive by meeting potential candidates through outreach and networking events, several months before an opportunity becomes available in order to avoid scrambling at the last minute.

“Part of that process is building up a roster of people you want to work with,” Anglewicz said. “That doesn’t just happen by using an application.”

Tiana Perez, 19, signed up for Husslup after getting connected through the nonprofit Women In Film Los Angeles. Perez, who grew up in Santa Clarita and will soon begin studying public relations and advertising at USC’s Annenberg school, wanted to work in entertainment but had no background or connections in the industry. She got an offer for an entry-level job as a production assistant at AGBO within a couple months of joining.

“A major selling point was that it was a lot about networking and seeing what other people were doing in their careers in the industry,” Perez said.

Husslup completed the Comcast NBCUniversal LIFT Labs Accelerator program in November and launched its app in February. The company, which has a team of about eight people, is in the midst of raising an undisclosed amount of funding. The app is free for companies and job candidates but will eventually make money by charging firms through tiered subscriptions, Schuster said.