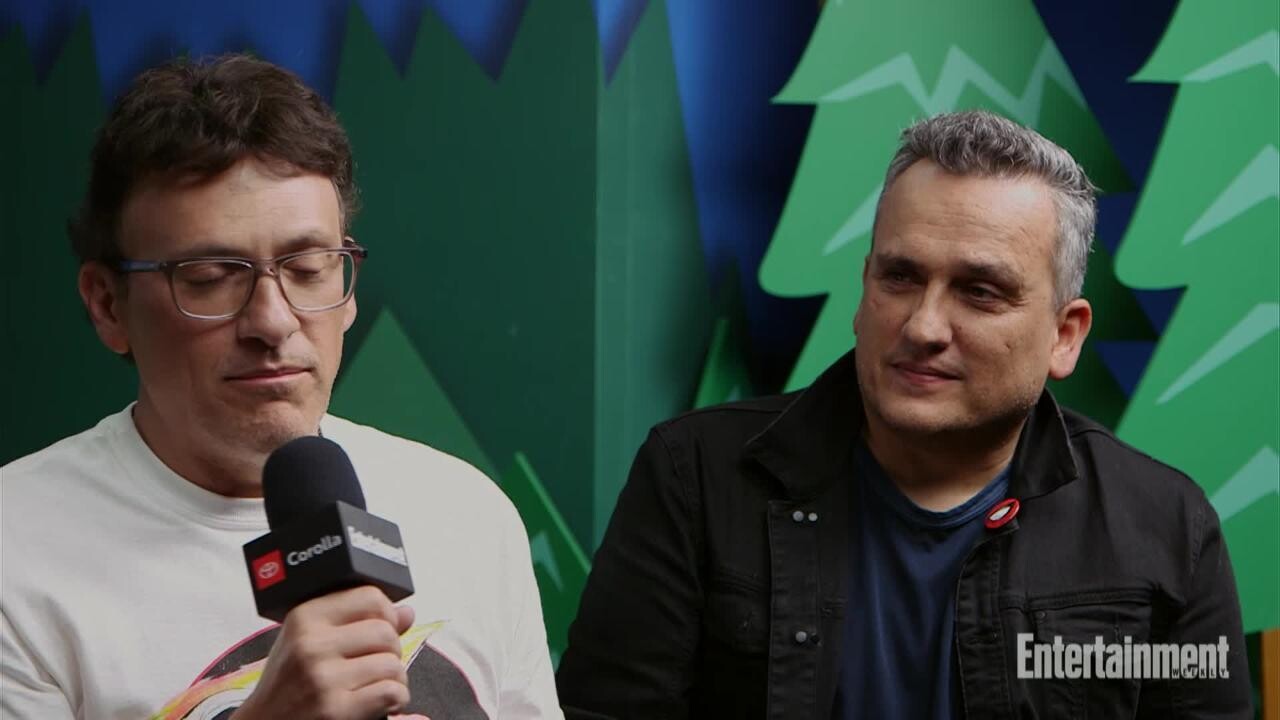 Joe and Anthony Russo assembled a few friends for their panel at San Diego Comic-Con.

The Avengers: Endgame directors took over Hall H on Friday to look back on their work (including Arrested Development, Community, and Captain America: The Winter Soldier) and tease a few upcoming projects. Collider’s Steven Weintraub moderated, and he introduced a few video questions from fans — fans who turned out to be Mark Ruffalo, Chris Evans, Chris Hemsworth, Paul Rudd, Robert Downey Jr., Tom Holland, and Chadwick Boseman.

The actors proceeded to gush about the Russos and thank Comic-Con attendees for supporting Endgame, before grilling the brothers with questions. Hemsworth wanted to know who was the better leader of the Guardians of the Galaxy, him or Chris Pratt’s Star-Lord, while Rudd asked which of the Marvel Chrises had the best example of America’s ass. (The Russos threw this one to the audience, and based on the cheers, Evans won by a landslide.) 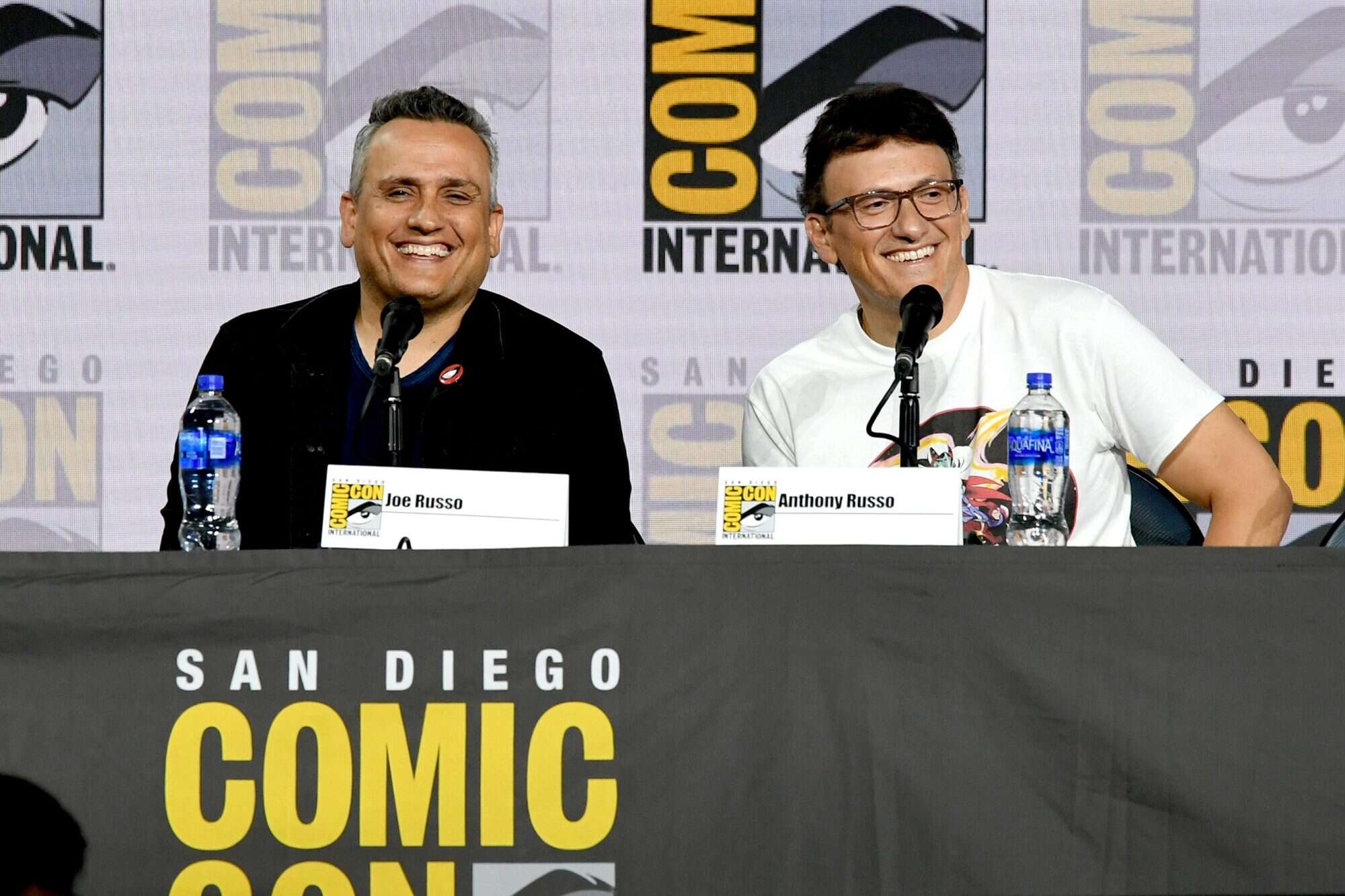 As for Evans himself, he asked the brothers what they thought was the first thing Steve Rogers did after going back in time in Endgame and getting that long-awaited dance with Peggy Carter.

“I think he went to the bathroom because it took him a long time to return all those stones,” Joe cracked. “He was holding it for a long time.”

But, Anthony added, Steve’s return to the past opened up lots of storytelling opportunities.

“Steve can do a lot of things,” Anthony said. “He can go rescue Bucky from HYDRA. He can route HYDRA out of S.H.I.E.L.D. He could go find himself in the ice and figure out a rotation where the two Steves can take turns, and he can spend more time with Peggy. I don’t know, [there are] lots of stories.” 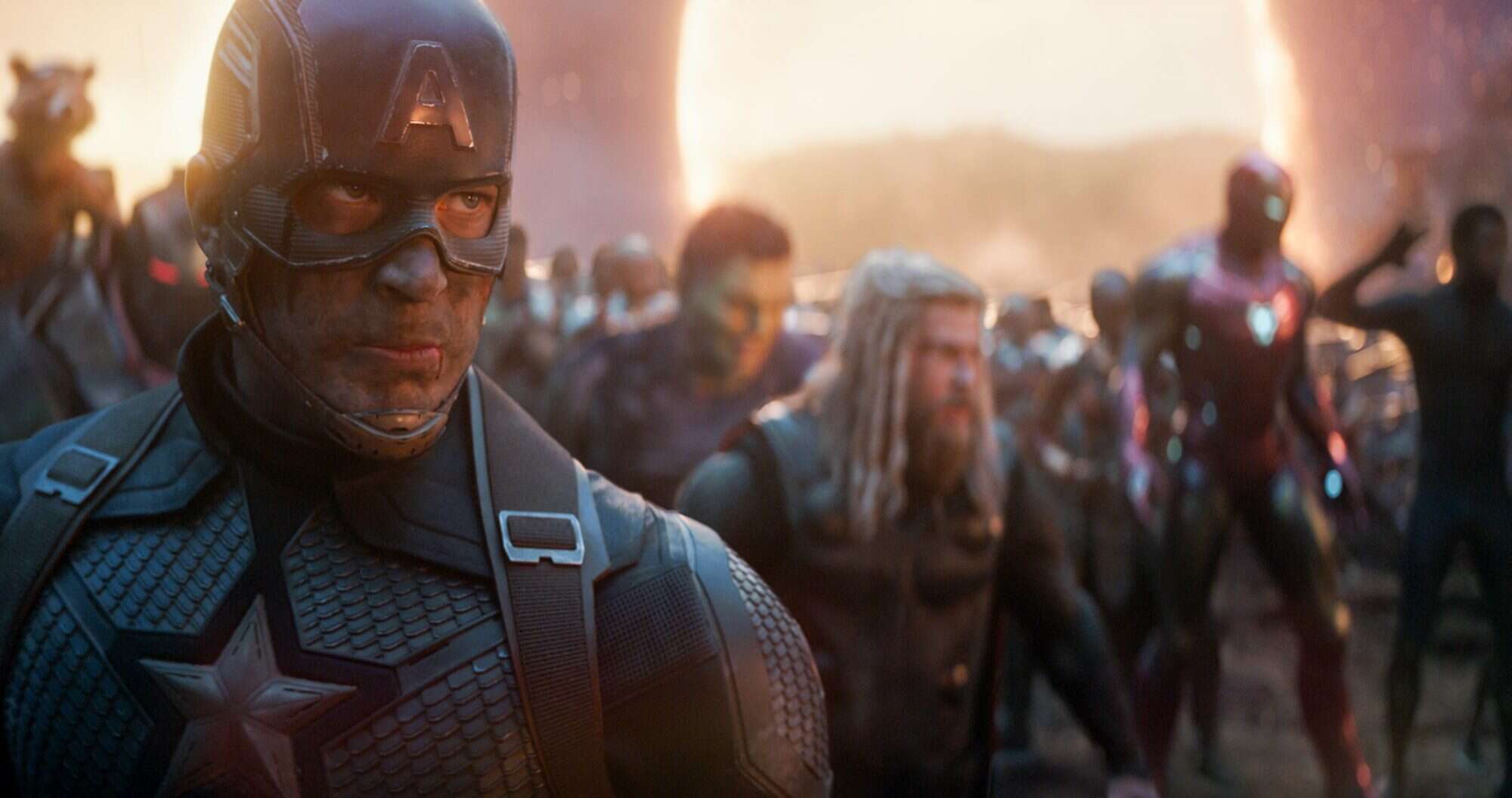 Downey (who joked that he could smell Hall H from there) asked the directors to talk a little bit about the differences and parallels between Tony’s delivery of the line “I am Iron Man” in both the original Iron Man and Endgame.

“The arc that Tony Stark went through [began] as this very egocentric person who finally got to a place of truly putting others in front of himself and sacrificing in that way,” Joe explained. “At the end there, Tony had become a father, and speaking as a father, there’s something that happens to you when you reach that point in life — if you reach that point in life — where you’re suddenly aware that your job in the universe is to truly serve others in a way that just reaches to the core of your being. I think that’s the biggest change, him having had a daughter and having gone through the entirety of his arc. He was in a different place when he said, ‘I am Iron Man,’ there at the end.”

The Russos insisted that they have no current plans to return to direct another entry in the Marvel Cinematic Universe, but they did tease a few upcoming projects. Up next, they’re directing Holland in the opioid addiction drama Cherry, as well as producing Chadwick Boseman’s 21 Bridges. They also announced that they’re producing a new adaptation of the “deep cut” ’80s comic Grim Jack, and they’ve acquired the rights to the ’70s animated TV show Battle of the Planets.

“I think maybe you can tell we’re slowly hunting down all of our favorite IP from our childhood, and we’re going to convert them into stories we’re excited about,” Joe said with a laugh.

Earlier in the day, Endgame and Infinity War writers Christopher Markus and Stephen McFeely also took the Hall H stage for a panel moderated by Backstory Magazine publisher Jeff Goldsmith. They teased a few cut scenes and storylines they almost explored, including one scene where Thanos decimates Earth in 2014 and kills all the Avengers, arriving in the present timeline with Captain America’s decapitated head.

They also teased a scene from Infinity War, where Doctor Strange battles Thanos on the planet Titan and sends him through time and space. There, Thanos is confronted with his many crimes, and he ends up in front of the classic four-faced comics character The Living Tribunal, who finds him guilty (an idea that came straight from Marvel Studios president Kevin Feige).

Ultimately, however, they felt that distracted from the main Infinity War/Endgame storyline. “I don’t know if my grandmother would’ve understood that,” McFeely said.