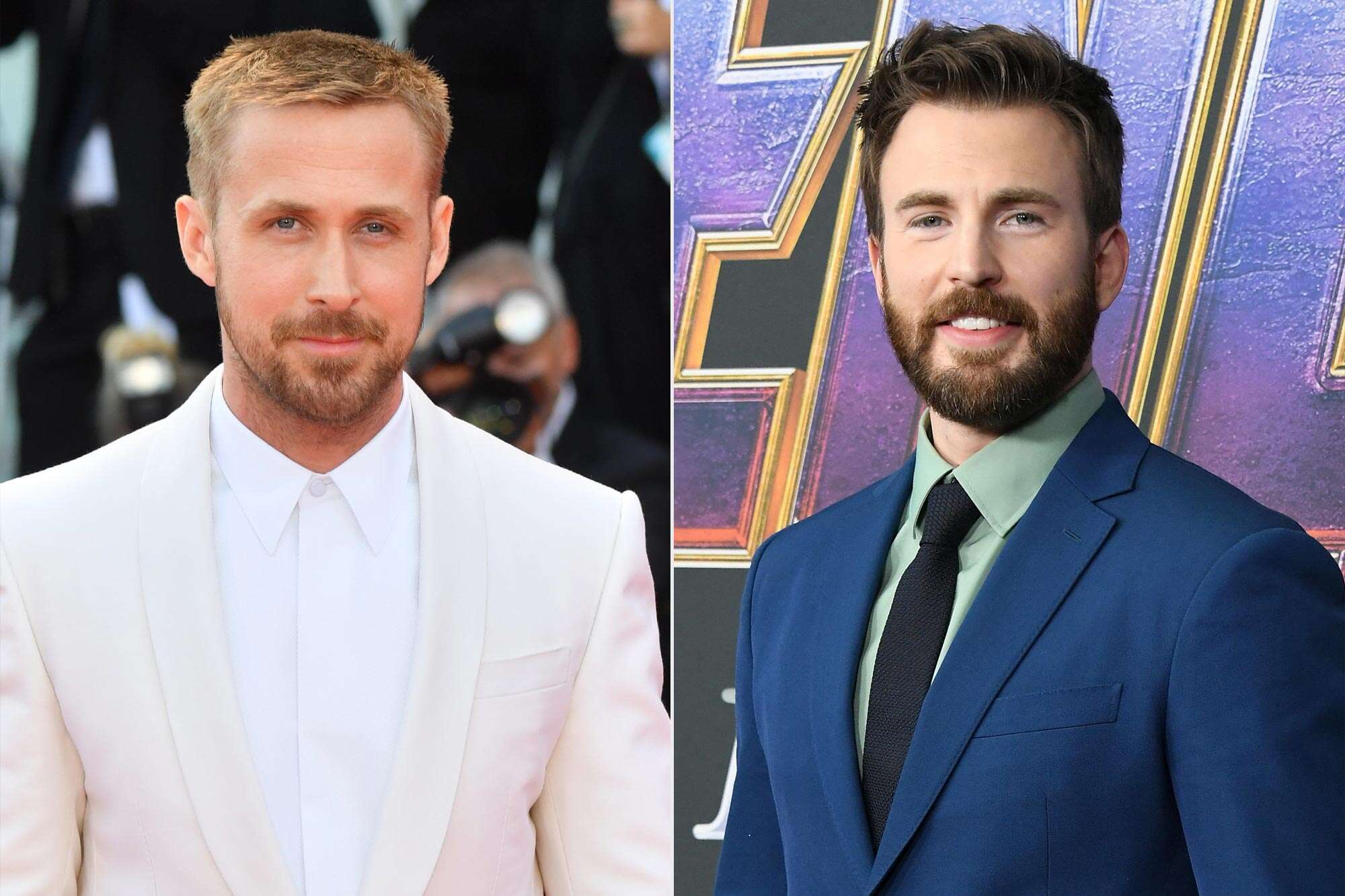 Netflix's next action movie is too hot to handle. Captain America actor Chris Evans is re-teaming with Avengers: Endgame directors Joe and Anthony Russo for a new thriller, and they're bringing in Ryan Gosling to join the fray.

Titled The Gray Man, the movie is based on author Mark Greaney's book series that began with the novel of the same name. Gosling will star as Court Gentry, a legendary killer known as the Gray Man who's hunted around the world by Lloyd Hansen (Evans), one of Gentry's former cohorts from his days at the CIA.

Deadline was the first to report the news, and Anthony told the outlet in a statement, “The movie is a real mano a mano between those two great actors, who represent two different versions of the CIA, in what it can be, and what it can do. For those who were fans of Captain America: The Winter Soldier, this is us moving into that territory in more of a real-world setting. That’s what this movie really means for us."

The Gray Man marks the first movie the Russo Brothers will have directed after helming Endgame, which became the highest-grossing movie of all time. They also previously directed Captain America: The Winter Soldier, Captain America: Civil War, and Avengers: Infinity War for Disney's Marvel Studios. Through their AGBO production banner, the Russos also produced the Chris Hemsworth-led action-er Extraction for Netflix and are returning to develop the sequel.

"The intention is for [The Gray Man] to be competitive with any theatrical and the ability to do with with Gosling and Evans is a dream for us," Joe remarked of their latest venture. "The idea is to create a franchise and build out a whole universe, with Ryan at the center of it. We have all committed to the first movie and that’s got to be great to get us to the second movie. These are master assassins and Gosling’s characters gets burned by the CIA and Evans’ character has to hunt him down. We have a great working relationship with Netflix, and we go back almost 20 years with Scott Stuber. We formed AGBO to be an agnostic storytelling company, where we figure out the best platform. We think Netflix is the perfect place for this film."

Joe added that they are hoping to start production on The Gray Man by "late fall or early spring, COVID dependent."

Plans to adapt the book were initially announced in 2016, with director Christopher McQuarrie once attached to the production.

Netflix revealed during an earnings call this week that the service added 10.1 million subscribers in their second quarter as people hunkered down at home during the global COVID-19 pandemic. The company also listed the top 10 most popular movies on the platform with Extraction, Spenser Confidential, 6 Underground, and Triple Frontier—all action movies—within the top six.

The streamer has been bulking up its offerings of high-scale action movies, including the most recent original release, The Old Guard, starring Charlize Theron and KiKi Layne.