Directors Anthony and Joe Russo break down the trailer, featuring their Marvel collaborator as a soldier-turned-addict-turned-bank-robber.
By Devan Coggan | January 14, 2021

This month, EW is offering exclusive looks at more than two dozen of 2021's most anticipated movies. Check out more of our preview here.

For Tom Holland, playing the title character in Cherry is more like tackling four different roles in one.

Directed by Anthony and Joe Russo, the sprawling film follows Holland's protagonist from college student to soldier to drug addict to bank robber, as his mental and physical health unravels along the way. It's based on Nico Walker's partially autobiographical novel of the same name, which he wrote while in prison and published in 2018. Like its source material, the Russos' film adaptation is a wild, circuitous tale that can be grimly funny in one moment and devastating the next.

EW can exclusively debut the trailer for Cherry, which introduces Holland as the film's haunted antihero.

"You get a taste of Holland's incredible performance in the movie and the range that he displays as an actor," Joe Russo tells EW. "I think you're seeing him transform from a teen actor into an adult actor."

A deep dive into PTSD and the opioid crisis may seem like an unconventional follow-up for the Russo brothers, who most recently led Avengers: Infinity War and Endgame to record-breaking box office success. But the two directors found something personal in Walker's novel: Like him, they grew up in Cleveland, Ohio, and they've had family and friends struggle with addiction.

"We were coming off Avengers: Endgame, that seven-year run with four movies for Marvel," Anthony Russo explains. "The question of what we were going to do next was a complicated one. We basically could do anything we want. And when we read this novel, it spoke to us so powerfully and so personally, and it felt like it [tackled] that ongoing crisis."

"We're acutely aware of the existential blight that has gripped the Midwest in a lot of ways and made it ground zero for the opioid epidemic," Joe Russo adds. "We've known a lot of people very close to us who have been hurt by the epidemic." 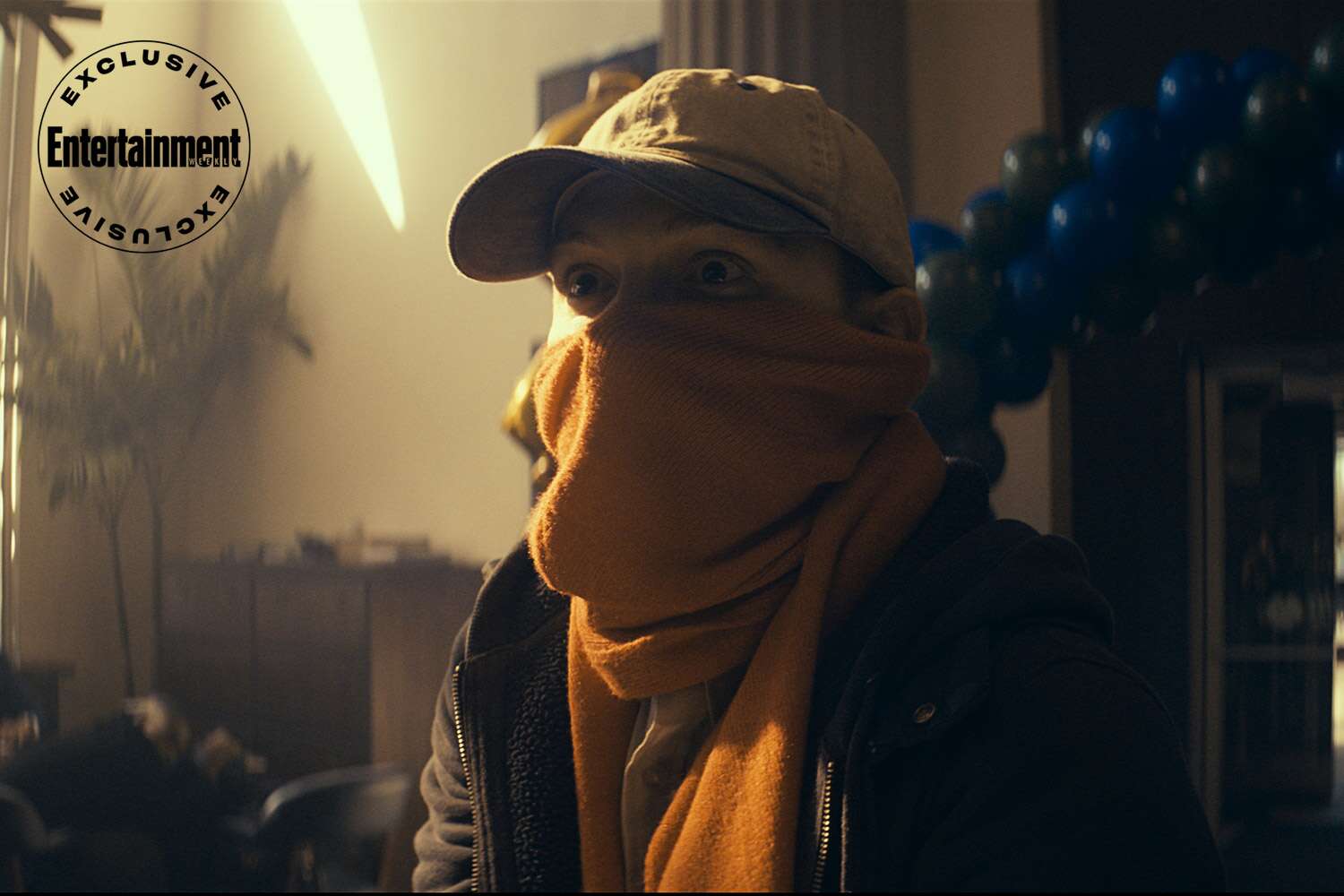 To play Cherry's complicated title character, the filmmaking brothers turned to one of their longtime Marvel collaborators. The Russos first cast a teenage Holland as Spider-Man in 2016's Captain America: Civil War, and they knew that not only did he have the skills to tackle such a grueling role, but his wide-eyed likeability would lend the film an automatic sense of empathy.

"Tom is playing a character who makes some self-destructive choices, but he's so charismatic and likeable," Joe Russo explains. "It was important for us that the audience go on a journey with him when he makes those choices."

The film is split into six chapters, tracing Cherry's path from awkward teenager to world-weary adult. Before he even turns 20, he ditches college to enlist as an Army medic after 9/11, and he's soon shipped off to serve in Iraq. Upon returning home, he can't shake the memories of the carnage he witnessed overseas, and he soon descends into a cycle of opioid abuse and bank robbery to pay for the habit. One of the only constants in his life is his relationship with Emily, played by Red Band Society's Ciara Bravo, but she's struggling with issues of her own.

The Russos treated the film's chapters almost like individual, miniature movies, each with a different tone and all woven together by Holland's narration. One section, like the scenes of Cherry in basic training, may veer toward absurdist satire, while others, like the brutal battle scenes in Iraq, can feel almost like a horror movie.

"Joe and I have always thought of ourselves as alchemists," Anthony Russo says. "We like mixing incongruous ideas and seeing how they morph and surprise us. That's when things become really slippery, when you're smashing together things that don't normally fit together.  And that's exciting for us on a creative level."

The result is an ambitious, fourth-wall-breaking epic that they hope shines light on a serious problem — and showcases Holland's powerful performance.

"We needed an actor who could bring [the audience] along emotionally on a journey," Joe Russo says. "And there are very few actors who can do that like Tom Holland."

Cherry will debut in theaters Feb. 26, before premiering on Apple TV+ on March 12. Watch the trailer above.