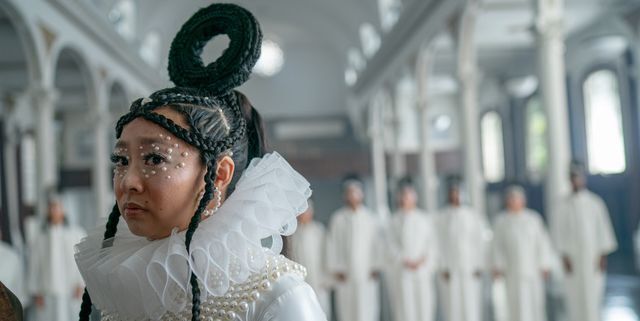 'Everything Everywhere All at Once'
A24

Dan Kwan and Daniel Scheinert’s fantasy family martial arts movie, Everything Everywhere All at Once, officially has taken over Ari Aster’s Hereditary as A24’s highest-grossing movie worldwide, $80.9M to $80.2M.

And the movie’s theatrical run is far from over, even as it hits electronic sell-through stateside.

While 76% of the Michelle Yeoh-Stephanie Hsu-Ke Huy Quan-Jamie Lee Curtis pic’s global gross has been generated in the U.S./Canada (or $61.5M), the pic has seen its best numbers abroad in the United Kingdom ($5M, solely distributed there by A24), Australia ($3.8M), Taiwan ($2.3M), Russia and CIS territories ($2.2M), Hong Kong ($1.4M), Germany ($1.1M) and Singapore ($775K). A24 oversaw the foreign sales and co-financed the Daniels’ movie with Ley Line Entertainment. The $25M production still has several offshore territories to debut in, i.e. all of Latin America, France, Italy, Japan to name a few, with Everything holding at above 1,000 theaters stateside with an eye at a final $70M.

The pic’s staying power at the North American box office brings to mind Ang Lee’s Oscar-winning 2000 movie Crouching Tiger, Hidden Dragon, even though Everything is pacing 18% behind that pic at the same point in time. Everything has soared past other martial arts movies including 2002’s Hero ($53.7M domestic) and 2004’s House of Flying Daggers ($11M). In its unadjusted offshore totals, Everything rivals some House of Flying Daggers‘ territories (i.e. the Daniels’ pic is besting that Zhang Yimou movie in Australia, Taiwan, Russia).

Everything, which blasted off as the opening night film at this year’s SXSW, has been the middle meat of the weekend domestic box office throughout its current 12 weekend run: In an eased pandemic marketplace where tentpoles suck up the all oxygen, and there’s not as many wide releases, Everything‘s holdover power continues to spur foot traffic and buoy arthouses.

Deadline also heard that the Daniels and AGBO produced movie posted the most first-day EST revenue on Tuesday for an A24 title. The studio is expected to give Everything Everywhere All at Once an awards-season push this year.