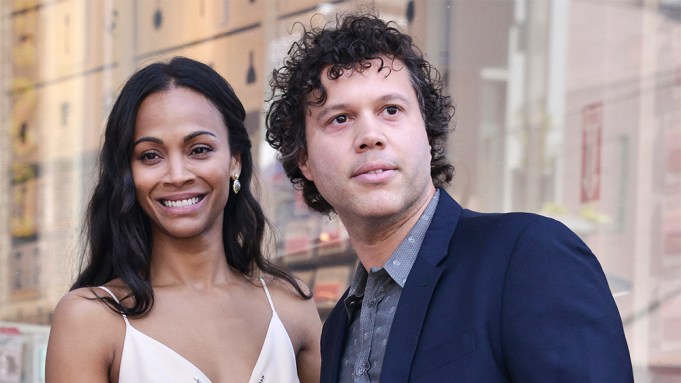 EXCLUSIVE: Netflix won a hotly contested auction for The Bluff, a pitch that will be written as a star vehicle for Zoe Saldana, with Frank E. Flowers directing. Joe Ballarini will write the script with Flowers. Several streamers chased this one and the upfront commitment for those scribes is seven figures.

Project is about pirates in the Caribbean, but this is no family film. The drama is set in the Cayman Islands in the 1800s and Saldana plays Ercell, a Caribbean woman whose secret past is revealed when her island is invaded by vicious buccaneers. The intention is to blend visceral action and historical fiction to create a real action vehicle as the heroine fights against the atrocities committed by the pirates. There are strong roles for a second woman who is part of the vigilante campaign, and the nasty lead pirate. Saldana and Flowers previously teamed in the 2004 drama Haven.

The film will be produced by Anthony Russo, Joe Russo, Mike Larocca and Angela Russo-Otstot for AGBO, alongside Mariel and Cisely Saldana for Cinestar.

Flowers has been busy as a writer, scripting an untitled LeBron James biopic at Universal and teaming with Terence Winter to write a movie about reggae icon Bob Marley for Paramount. Ballarini scripted A Babysitter’s Guide to Monster Hunting for Netflix, and he’s writing We Carry Kevan for Participant Media, and Skyward for 20th Century Studios. He sold his spec Cassius to Universal and is adapting the Carl Hiassen novel Chomp for Apple TV, and is developing a sports drama for Lee Daniels Television at Disney+.

Saldana and Cinestar are repped by LBI, CAA and Morris Yorn; Flowers by UTA, Brillstein Entertainment Partners and attorney Carlos Goodman; and Ballarini by Verve and attorney Robert Goldman.