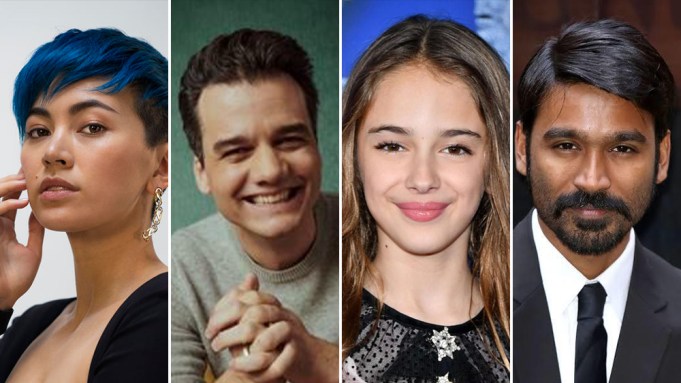 EXCLUSIVE: Joe and Anthony Russo’s next big-budget action pic at Netflix is building quite the ensemble. Sources tell Deadline that Jessica Henwick, Wagner Moura, Dhanush and Julia Butters are joining the Russos’ The Gray Man. Ryan Gosling, Chris Evans and Ana De Armas are already on board to star.

The Russos have been developing the project for some time at Sony, and when the package went back on the market over the summer, Netflix was quick to acquire it and set Gosling and Evans to star. The film will be the biggest-budget film in Netflix’s history on the feature side.

The Russos penned the script with a recent polish by Christopher Markus and Stephen McFeely. The Russos along with Mike Larocca will produce on behalf of AGBO along with Joe Roth, Jeff Kirschenbaum and Chris Castaldi through their Roth Kirschenbaum banner.

The Gray Man is based on the debut novel by Mark Greaney, published in 2009 by Jove Books. It also is the first novel to feature the Gray Man, freelance assassin and former CIA operative Court Gentry. The action thriller will follow Gentry (Gosling) as he’s hunted across the globe by Lloyd Hansen (Evans), a former cohort at the CIA. The film is based on the first installment of the series.

Henwick cut her teeth in the TV world with significant roles on series like Game of Thrones and Iron Fist. As of late, she’s been on a role on the film side starting with the Apple pic On the Rocks followed by Love and Monsters. She can be seen next in Matrix 4, landing the coveted female lead in the latest installment opposite Yahya Abdul-Mateen II, Keanu Reeves and Carrie Ann-Moss.

Moura is best known for his scene-stealing role as real-life drug cartel boss Pablo Escobar in the first two seasons of Narcos, which earned him a Golden Globe nomination. He was most recently seen in the Netflix thriller Sergio.

For Butters, this marks her first big role after stealing nearly every scene she was in opposite Leonardo DiCaprio in Once Upon a Time in Hollywood. Dhanush is a huge Bollywood star whose credits include Raanjhanaa and Asuran.